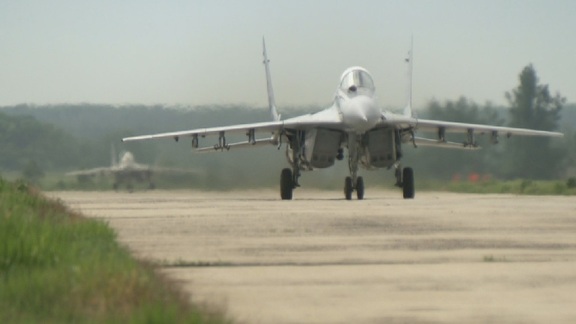 Russia's warplanes remain among the most advanced in the world, both capable of striking targets on the ground and engaging in aerial combat. Sukoi and MiG planes not only constitute the staples of Russian air power but have been used by militaries around the globe. At an airbase in Lipetsk, RT looks into the men and hardware that make up Russia's air force. Watch the SU-34 Fullback, a bomber which carries eight tons of weaponry and is manaeuverable enough to shoot down enemy planes in the air. The SU-24 Fencer is a powerful, heavy and stable bomber which can carry out an attack in any weather conditions and at any time of the day. The Mig-29 is a lightweight, all around fighter.