Going with the Floe 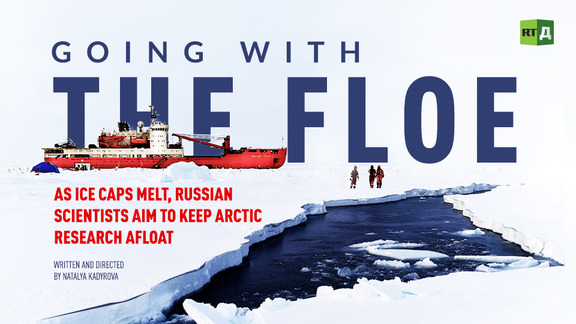 There's not much life on the 80th parallel north, close to the northernmost point in the world. It's a vast icy desert with the occasional polar bear or walrus seen in the distance. Russian researchers are making their way there aboard the Akademik Tryoshnikov to wedge into an ice floe and simply, 'go with it'. Drifting polar stations were first set up in the 1930s, but became too risky when rising temperatures started causing the ice caps to melt. RTD joins the experimental Transarktika-2019 expedition on a month-long voyage to revive the drifting polar missions.

4 Details
2019
HD
Available in Russian, with English subtitles,
in Spanish and Arabic languages