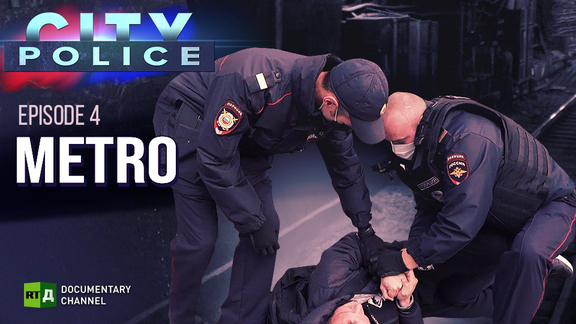 The Moscow Metro police are the heroes of the latest episode in the RT Documentary series City Police. Presenter Alexander Nosik spends a day with officers and learns the insights of their job and the secrets buried in the Metro tunnels. The bustling Metro crowd conceals many perps and weirdos the Metro police need to keep an eye on. The CCTV footage shown Alexander by the police reveals bizarre and negligent behaviour. Jumping off platforms and running into the dark tunnels are just a few examples.

0 Details
2021
HD
Available in Russian, with English subtitles,
in Spanish and Arabic languages