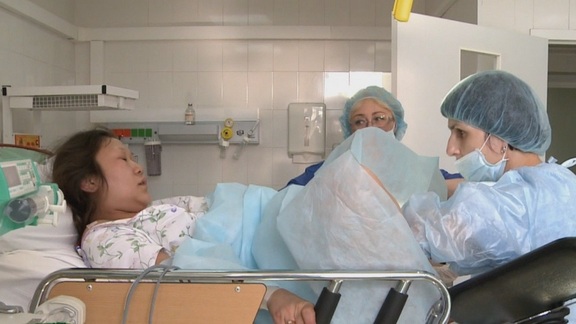 Natasha is a long way from the mountainous Russian republic of Tuva where she was born. She's already had a baby, but her second pregnancy has proven difficult due to problems with her kidneys. Will the delivery be as hard for her as it was the first time? Maria, who works with autistic children at a psychiatric hospital, hadn't planned to get pregnant and has had nightmares about her child having problems. Will they prove prophetic? Meanwhile, Svetlana happily anticipates her little girl's birth.