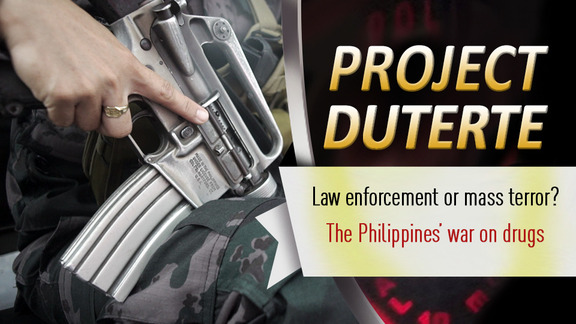 In 2016, Rodrigo Duterte was elected president of the Philippines. He’s promised to crack down on crime and has achieved infamy by urging citizens to kill drug addicts. Since his term began, it’s alleged that numerous extrajudicial executions of supposed drug dealers have been carried out. While death squads strike terror into the people’s hearts and public faith in the police is waning, President Duterte washes his hands of vigilantes waging war on drugs.