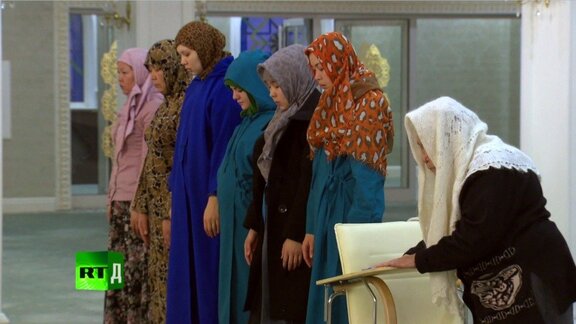 A Tokal is an additional wife in a polygamous Kazakh marriage. Only a decade ago, to have a tokal in Kazakhstan was considered shameful. Nowadays though, polygamy is gaining popularity throughout the country, becoming a more common-place and accepted practice. Some see it as normal matrimony that’s blessed by God, others as a mutually beneficial marriage of convenience. Even though polygamy is technically illegal in Kazakhstan, having more than one wife is a widespread practice among the rich. They see it as a right enshrined in the Koran and will often decide to take an extra wife, a tokal, without consulting the first. Usually a younger woman, a Tokal is expected to bear children for her older husband, a capability that the older first wife may have lost. This documentary focuses on the stories of people who had a first-hand experience with the practice of polygamous marriage: a husband dreaming of having over 30 kids; a mother, looking for a man to help raise her children; a proud wife, refusing to share her husband with his new tokal. And together with Kazakh writer Ayan Kudaikulova this film tries to determine whether a polygamous marriage can also be a happy one or two or more!