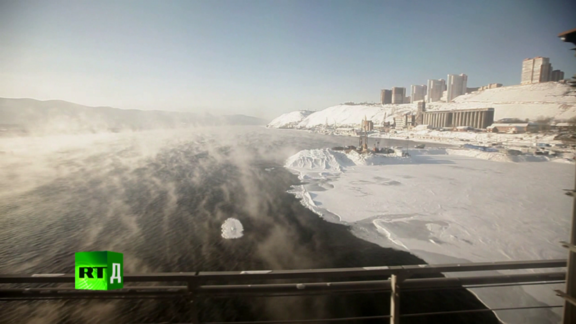 The Moscow - Vladivostok train departs Moscow's Yaroslavsky Railway Station. While most of the travellers are polite and friendly, two passengers are fighting over an economy-class lower berth and Chief Conductor Sergey Mironov must intervene. To the staff, it's immediately obvious who is right and who is wrong, but how does Sergey deal with hotheads who won't see reason? We get impromptu cooking lessons from Conductor Sergey Vedeneev, who considers the train his second home; he's been working on it for 30 years.. Two passengers can't keep talking to one conductor about one 'girl' that they plan to treat, who ended up being...a sex doll. He is also in charge of bonuses, which are dependent on a number of factors . Sergey Mironov has to inspect each carriage to ensure that everyone is satisfied, but the potential for dissatisfaction rises as the train travels East, alongside the likelihood that people will get drunk.