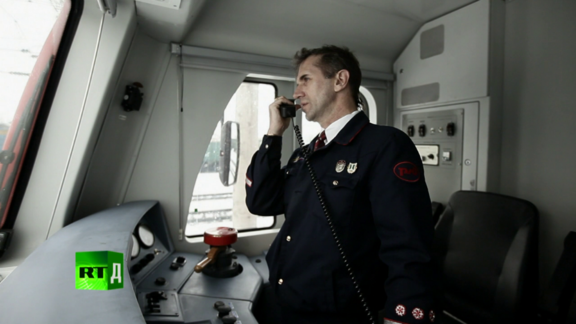 It's the longest train route on the planet, and for some, it's the journey of a lifetime, while for others it provides the only practical way to get to remote cities separated by hundreds of kilometres of freezing taiga. The Rossiya travels between Moscow and Vladivostok through eight time zones, connecting European Russia with the Pacific Ocean. We'll meet the men and women that work on the train and in stations along the way, as we take a ride on Russia's world-famous Trans-Siberian Railway.