Water Police: How to catch suspected criminals on the river? | City Police Episode 3 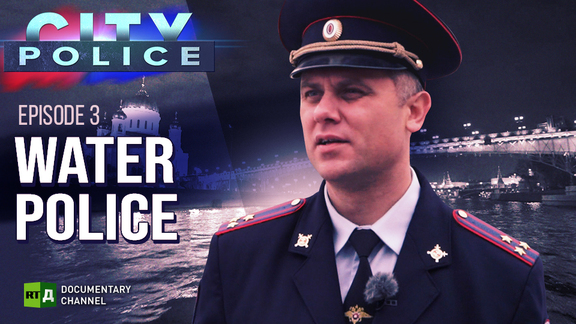 The latest episode of the RT Documentary series City Police examines the work of the Russian Water Police. The captain of a Mongoose patrol boat takes presenter Aleksandr Nosik on board and explains the difference between this boat and others. Aleksandr even gets a chance to steer the awesome river craft. Suddenly they get a message about a suspect who tried to break into the wheelhouse of a boat. What happened next? Could the police catch him? The main priority of the Russian Transport Police is to maintain public safety on the water. The officer talks about the challenges and how they cooperate with the other emergency services in critical situations. He also describes the difference between the patrol boats. Find out more in a new RT Documentary series City Police. Don’t forget to check each new episodes of the City Police every Monday at 14:00 GMT on the RT Documentary YT Channel or rtd.rt.com.

0 Details
2021
HD
Available in Russian, with English subtitles,
in Spanish and Arabic languages