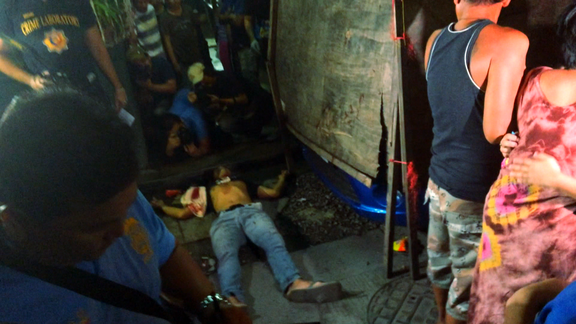 In 2016, Rodrigo Duterte was elected president of the Philippines. He’s promised to crack down on crime and has achieved infamy by urging citizens to kill drug addicts. Since his term began, it’s alleged that numerous extrajudicial executions of supposed drug dealers have been carried out. While death squads strike terror into the people’s hearts and public faith in the police is waning, President Duterte washes his hands of vigilantes waging war on drugs.

Добавить в избранное Project Duterte: Living on coffins in 360 23 The ‘casket livelihood’ program is one of many controversial government employment schemes designed to rehabilitate former drug users and pushers.

Добавить в избранное Project Duterte: Quezon City Jail in 360 1:02 A unique chance to see the conditions inside one of the Philippines’ most overcrowded jails, with over 3200 people crammed into a space built for 800.

Добавить в избранное Project Duterte: Slum Wake in 360 36 Attending a wake in a Manila slum: kids play near a dead body that’s been left in the street for 7 days, while across the tracks people lay unconscious from drug use.

Добавить в избранное Project Duterte: Night patrol in 360 47 Join the Philippines police on one of their colourful night patrols during a carnival in South Cotabato. A night of exotic costumes, loud music & police sirens.