In the trenches of World War I 360 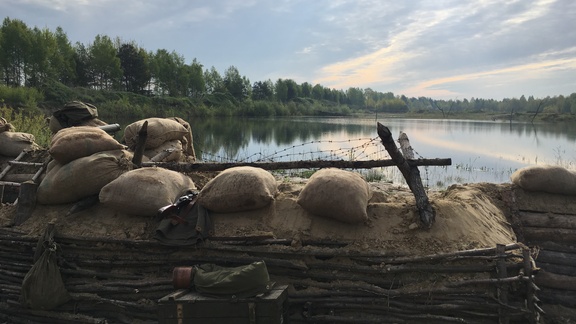 The October Revolution, also called the Bolshevik Revolution, was the second and final phase of the Russian Revolution of 1917. On October 25 (November 7, New Style), 1917, the Bolshevik Party seized power, inaugurating the Soviet era. @RT360 gives you an opportunity to follow the revolution in 360. This episode takes you to 1916, when Russia is struggling with World War I. The economy is in ruins and countless soldiers are dying on the battlefield every day. People crave peace, and their dissatisfaction with the authorities is rising. Revolutionary sentiments are soon to engulf the empire.

0 Details
2020
HD
Available in Russian, with English subtitles,
in Spanish and Arabic languages