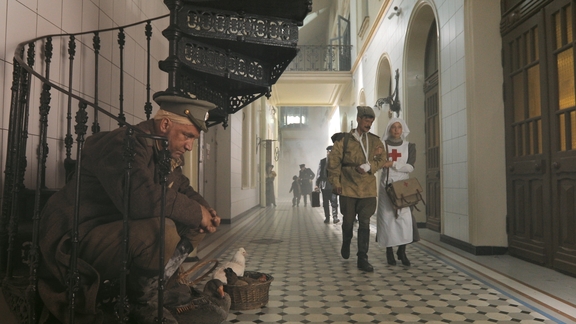 The October Revolution, also called the Bolshevik Revolution, was the second and final phase of the Russian Revolution of 1917. On October 25 (November 7, New Style), 1917, the Bolshevik Party seized power, inaugurating the Soviet era. @RT360 gives you an opportunity to follow the revolution in 360. Though a Provisional Government took power after the February Revolution, long-awaited changes are not materializing. The Russian Empire is still at war. There is no end to the food crisis. Some leave the capital fearing what is to come, while others arrive inspired by new opportunities. Everyone must learn to adapt to the new environment.

0 Details
2020
HD
Available in Russian, with English subtitles,
in Spanish and Arabic languages